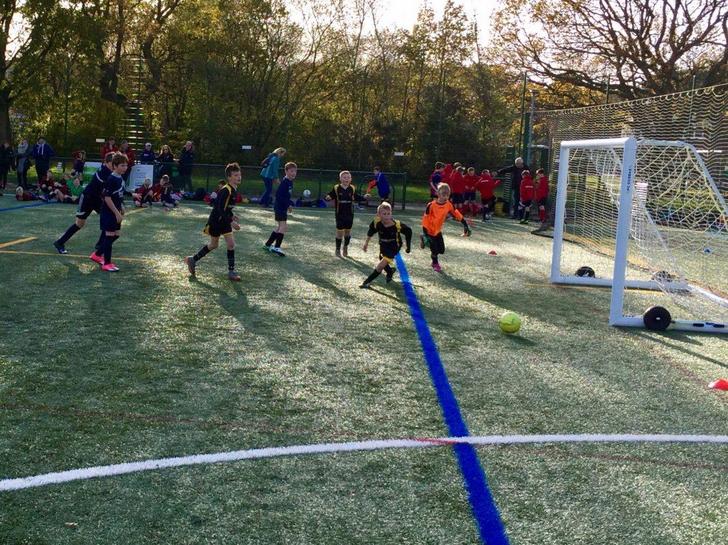 On 10th November 2017, 14 year 5/6 boys set off for an afternoon’s football competition at Dibden Purlieu. There were a series of 7 a side matches, playing 7 minutes one way and my team was:

Our manager for the day was Chris Coles and we had no subs – so fingers crossed for no injuries!

Our first match was against Calmore and although we had lots of shots on goal they had a good keeper and the end result was 0-0.

Match 2 was against Marchwood A, again a scoreline of 0-0, we were taking a while to warm up and get used to playing ‘the short game’ on a 3G astro pitch which is small and fast paced.

Game 3 was against Western Downland B where we started to find our form and won 2-0 with Tommy’s goals.

At this stage all the teams were split into groups, we narrowly missed getting into the top groups based on goal difference. We were placed in group 3.

Our first match in group 3 was against St Luke’s and we started as we meant to continue with a 2-0 win, with goals from Tommy & El.

Having found our groove match 3 V Calmore saw a 6-0 win with 3 goals from Tommy, 2 from Ollie, and 1 from El and an own goal from the opposition!

This meant that we were through to a ‘sudden death’ final for the gold medals! We played Hythe and won 3-0 with 2 goals from El and one from Tommy to see us win the group and collect the medals! 7 games played, no goals conceded (well done George!), 2 draws and 5 wins, 15 goals scored altogether. Well done team and competitors and thank you to Chris , Mrs Rees and Mrs Leo for staffing the teams and all the parents that stood out in the cold supporting us. Another great afternoon of football!