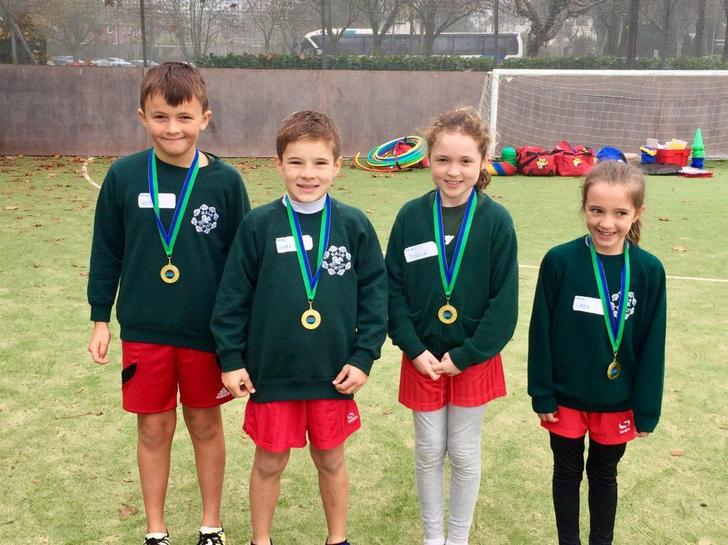 On Thursday 2nd of November, Dragonflies class went to Ringwood Secondary School to play Tri-Golf. We travelled with Breamore and played against them in all the teams. There were eight different stations also including a break. Our favourite task was the target where you had to chip balls onto a brightly coloured target.

At each station we had five minutes to practise and five minutes to compete, once you had finished the activity you had to move on to the next station. After everyone had done every activity we gathered together to have the results.

Presented by Hannah, Poppy and Ayron