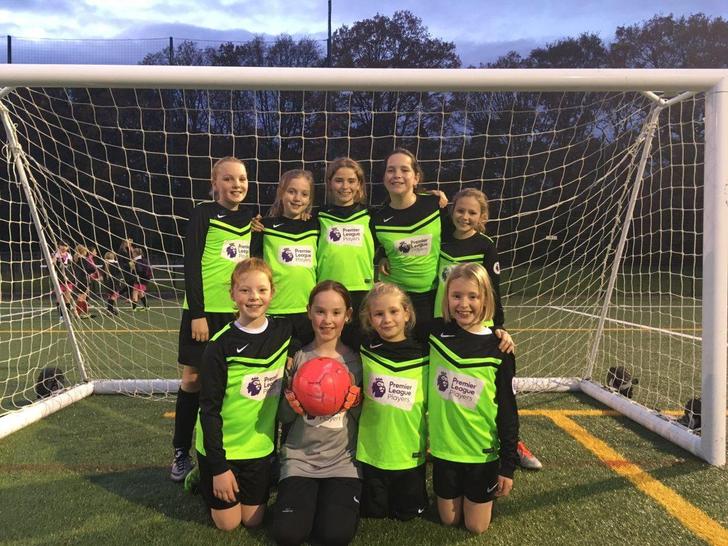 On Thursday 16th November 2017 9 Year 5/6 girls went to play in a tournament at Applemore College. Each match was 7 minutes long but there was only allowed to be 7 people playing at once. We didn’t play every match. The girls that went were: Lula, Izzy, Sia, Sophie, Maddie, Florry, Amber, Kaya and Grace.

For our first match we won 1-0 against Western Downland. Florry scored the winning goal. But there was a really exciting part to this one (well not for the girl it happened to); there was one girl (in another team) who managed to either twist or break her ankle, so they called the ambulance who came immediately. The girl then left in the ambulance two matches later after she’d had some gas and air.

Our second match, was against Bransgore who scored a goal but we all kept our heads up high and sadly we didn’t win but they were great!

In our third match we sadly lost 2-0 to a very strong Bartley team.

The decision maker; would we be in the top 4? Or not? Mrs Rees had to go and find out whether we had done enough to be in the top 4. Good news we had we were placed in the second highest pool.

We then played another match against another top 4 team which we lost against St Lukes o-3 but Breamore was on the pitch after us and were cheering us on from the side so afterwards when we weren’t playing we stayed and cheered them on.

We lost against Abbotswood 0-1 and drew our final matches against Ringwood and Bransgore 0-0.

Some of us had never played in a football tournament before and we were a bit nervous but we all really enjoyed it in the end. Our team captain for today’s event was Amber with the co- captain as Maddie after falling over and having a bleeding leg (from her stitches).

I would like to thank the team because otherwise it wouldn’t have been as fun as it was.

I would really like to thank 5 people which are: Mrs Rees, Florry’s Dad, Maddie’s Mum, Izzy’s Mum, Grace’s Mum because they all made it possible to be able to go to this amazing opportunity.